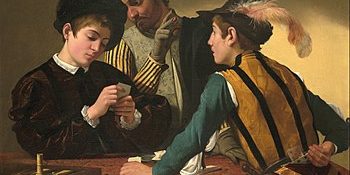 New York Penal Law § 155.30, Grand larceny in the fourth degree (a class E felony), is triggered when a person steals property of a certain value or substance.  Does this violation implicate the aggravated felony ground of removability––just about the most severe punishment under the immigration laws? We recently spent four and-a-half years arguing this issue before the USCIS New York Field Office in regards to an application for naturalization, which I’ll summarize below in a somewhat more abbreviated manner.

INA § (a)(43)(M)(i) states, quite simply, that the term “aggravated felony” includes an offense that “involves fraud or deceit in which the loss to the victim or victims exceeds $10,000.”

Straightforward, right? Does NYPL § 155.30 involve “fraud or deceit” and a loss of over “$10,000”? Unfortunately, the manner in which a state law conviction is analyzed under the federal immigration statutes is quite complex––and a proper subject for another series of posts.

For now, let’s ask: Can NYPL § 155.30 be violated in a manner that does not involve fraud or deceit? For that, we first look to how New York defines larceny. NYPL §155.05(2)(a)-(e) states that larceny can be committed by trespassory taking, common law larceny by trick, embezzlement, or obtaining property by false pretenses, among other methods. Think of a trespassory taking as how it sounds: invade someone’s property and take their stuff––no tricks or fancy stuff involved. But are these acts simply different means of committing larceny (meaning different ways that you could violate the law), rather than separate elements (meaning that the a conviction under the law would necessarily involve false pretenses or related)? If these acts are elements, then a violation of the law would seem to require fraud or deceit. If these acts are means, then a violation of the law could involve trespass but not fraud or deceit.

Further, the jury instructions provide that, for “alternative theories of larceny,” larceny by false promise “may only be based upon evidence establishing that the facts and circumstances of the case are wholly consist with guilty intent or belief and wholly inconsistent with innocent intent or belief . . “ Thus, at least one theory of larceny requires actual proof of intent to deceive, further distinguishing it from the theory involving trespassory taking.

For this reason, the Second Circuit Court of Appeals has found that NYPL §155.30 criminalizes taking of property both with and without consent; consent being when you give people stuff––for example, under false pretenses. Bazuaye v. Mukasey, 273 Fed.Apzz. 77 (2d Cir. 2008), held that § 155.30 describes several different crimes, each described separately, and therefore the law  does not fit categorically under INA §101(a)(43)(M)(i). So NY larceny, broadly defined, does not require fraud or deceit. Since our case involved the taking of property without consent (and not through the use of trick, embezzlement, or false pretenses), his crime of conviction is not one that categorically involves fraud or deceit for the purposes of INA §101(a)(43)(M)(i).

But let’s not rest our case there, because there’s a second way we can beat this potential charge under (M)(i)– the rather simpler issue of whether the offense involved $10,000. NYPL § 155.30(1) states that “A person is guilty of grand larceny in the fourth degree when he steals property and when the value of the property exceeds one thousand dollars.” Since the value could have been as low as $1,000.01 and anywhere north of $10,000 we can’t categorically state whether or not a violation implicates the $10,000 prong of INA § (a)(43)(M)(i). We must go into the record of the proceedings to see what was actually involved.

Here, we have a court order indicating a loss of between  $10,000 and $22,000. But dig a little further, and the waters muddy substantially.

The indictment included a statement from police officer referred to specific acts by the defendant involving $5,000 and $4,990. The pleadings make references to amounts between $10,000 and $22,500, without resolving the actual amount. The order and summons ordered restitution of $10,382.36, including actual loss in addition to the 5% surcharge. The original sentence of restitution, notice of court ordered restitution, and conditions of probation similarly listed the amount as $9,887.96 plus 5% interest of $494.40, for a total of $10,382.36. So our question is quite simple: does the interest count?

How did all of this shake out in our case? After a VERY (4.5 years) lengthy process, we were able to get our arguments heard by the USCIS lawyers in New York. Our application was approved, and we have a very reformed, very happy U.S. citizen able to stop living in fear and to move forward with his life and support his family. And, thanks to the messy nature of our laws, I can justify my job.