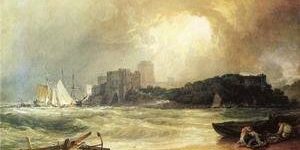 Foreign workers present in the U.S. pursuant to ‘specialty occupation’ visas are subject to very specific requirements governing their wages and conditions of employment. (While each of the H-1B, H-1B1, and E-3 classifications fall under the ‘speciality occupation’ umbrella, for ease we will just refer to these as “H-1B” visas, which are far more prevalent.)

What is the wage that employers must pay H-1B employees?

To ensure that the hiring of a foreign worker does not adversely affect the wages or working conditions of similarly situated U.S. workers, a Labor Condition Application (LCA) is filed with the Department of Labor (DOL) in which the employer, under oath, assures that the foreign employee will be paid no less than the local prevailing wage, which is “the average wage paid to similarly employed workers in a specific occupation in the area of intended employment.”

In fact, the employer is required to pay what is known as the “required wage,” which is the the higher of the prevailing wage or the employer’s “actual wage” for similarly employed workers.

The regulations define the “actual wage” as the rate paid to all employees in the same job and same place of employment with similar experience and qualifications to the foreign worker. (Information related to the determination of, and subsequent changes to, the actual wage must be included in the employer’s public access file.) If there are no similarly employed workers at the place of employment, the actual wage is the wage paid to the H-1B worker.

What happens if there is no longer enough work available?

The “no benching rule” in the DOL regulations [at 20 C.F.R. § 655.31(c)(7)(i)] requires employers to pay the wage noted on the LCA through any nonproductive periods––including periods when the employee is not working “due to a decision by the employer (e.g., because of lack of assigned work), lack of a permit or license, or any other reason.” This would result in the employer being forced to pay the foreign employee indefinitely while the U.S. employees are furloughed––counter to the aim of the regulations to avoid displacement or harm to U.S. workers. As discussed below, it is apparent that such scenarios have not yet been contemplated by Congress or the DOL, leaving employers in the lurch.

Depending on the type and severity of the violation, the DOL regulations allow the Wage and Hour Division to assess penalties ranging from relatively small to very high amounts per violation, as well as to bar the employer from hiring employees present on an H-1B visa for one to three years––in addition to liability for back wages (including periods on furlough) and possibly triggering a Notice of Intent to Revoke the petition.

So, understanding the above, the employer cannot furlough foreign employees in the manner that they would a U.S. employee without triggering serious potential penalties––which doesn’t serve either their interest or the employee’s interest. Are there any arguments that would allow an employer to furlough the employee during periods of exceptional hardship without triggering these consequences? Are there ways to modify their hours or salary, and if so, what would that entail? And what options is the employee left with if the employer is forced to terminate the position? We’ll attempt to respond to these questions below.

Are there any exceptions to these requirements during extraordinary and temporary conditions, such as a pandemic?

The same regulation pertaining to the wage requirement during unproductive periods, § 655.31(c)(7), at (ii), contains its sole exception. The requirement does not apply if the employee is experiencing a period of nonproductive status because of:
1) “conditions unrelated to employment” that voluntarily take her away from her work (such as caring for a sick relative); or
2) conditions that render her unable to work (such as maternity leave or incapacitation resulting from a car accident).
These exceptions do not override other statutory obligations to pay in similar circumstances such as those found in the Family and Medical Leave Act or the Americans with Disabilities Act.

In the example of a public-health emergency (such as orders to stay home or shelter in place in response to a pandemic), the employee is in a “nonproductive status” because she has been furloughed as the result the employer deciding that she can no longer maintain the employment at the required wage. Thus far, there is no law or DOL guidance indicating whether these scenarios render the employer “unable to work” for the purpose of the exception at § 655.31(c)(7)(ii).

Looking at the exceptions closely, the first set involves “conditions unrelated to the employment,” which to some extent might resemble our current conditions. However, the language in the regulation closely resembles scenarios covered by the FMLA in which the employee specifically requests the time off for a reason protecting her right to remain employed.

While such would apply to the second set as well, those more closely resemble concerns related to health in which a return to work would be dangerous or otherwise infeasible. Yet, even a nonproductive status created in these circumstances would be more likely to be attributed to a policy by the employer [as in § 655.31(c)(7)(i)] rather than a decision by the employee [as in § 655.31(c)(7)(ii)].

Unfortunately, the above is mere speculation, and employers should proceed cautiously and in close communication with counsel.

May the employer reduce her wage obligation by reducing the employment to part time status?

The employer may wish to move the employee from full time employment to part time, if such would enable the employer to continue to pay at the required wage (commensurate with the reduction in hours). However, recalling that the employer must pay the amounts stated in the LCA [20 C.F.R. 655.731 (c)(7)(i)], this would trigger the requirement to file a new LCA describing the changes––which itself constitutes a “material change” requiring the filing of a new petition with USCIS. The requirement to amend is triggered by a “material change,” which includes a change in the LCA [Matter of Simeio Solutions, LLC, 226 I&N Dec. 542 (AAO 2015)]. Essentially, the employer is filing an entirely new case for the employee––which may not be desirable given the timeframes and fees involved.

Is it possible to make more modest modifications to the wage or hours without starting a new case?

Most likely, if the employee is currently being paid an actual wage that is higher than the prevailing wage [as contemplated by the DOL regulations at 20 CFR § 655.731(b)(2)]. In that event, then across-the-board reductions for all similarly situated employees should be permissible, so long as that amount does not fall below the prevailing wage or the actual wage. In the past, when this scenario was raised to USCIS, the agency confirmed that neither a new LCA nor petition need be filed, so long as the new rate is noted on the next petition filed by the employer and that related documentation be maintained in the employer’s LCA public disclosure file.

Likewise, in terms of hours, very small modifications may be permissible without triggering a new LCA or petition. While the Wage and Hour Division states that [t]he guaranteed minimum number of hours to be paid for all periods to the H-1B worker is the number of hours that the employer reports on the Petition,” it is generally understood, that adjustments can be made from 40 hours a week to 35 hours a week while still remaining within the full-time employment category, as defined by the regulations [at 20 C.F.R. § 655.736(a)(2)(iii)(A)] and elsewhere by the Wage and Hour Division.

Should none of the above prove desirable or feasible to the employer, she may absolve herself the obligation to continue paying the required wage by cancelling the petition and providing USCIS with notice of such. If notification is not provided, the cancellation is not effective, and she remains subject to the obligation to continue paying the employee at the required wage––and may be liable for back wages if she fails to do so.

Once this occurs, the foreign worker is still considered to be in valid H-1B status for up to 60 consecutive days (though only if her I-94 remains valid throughout that period), and she may seek to change her status or to extend her status or “port” to a new employer (upon the filing of a new petition) within this period. [8 C.F.R. § 214.1(l)(3)].

Any employer seeking to hire the foreign worker during this period must file a new LCA with DOL and a new petition with USCIS––essentially beginning a new case. However, if the former employer seeks to rehire the foreign worker within the period (under the same conditions attested to in the prior LCA), she arguably does not need to file a new petition because the prior petition remains valid.

We would hope that DOL will provide guidance to resolve the ambiguities above and to provide flexibility to employers and foreign employees in a manner that does not prejudice U.S. workers. Requiring employers to continue to pay foreign employees at the required wage or to otherwise terminate their employment and cancel their petition does not seem an appropriate balancing of the relevant considerations. Should such guidance be issued shortly, we will post notice of it here.