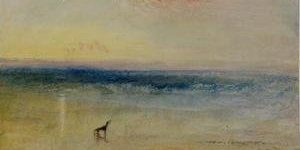 Those without any immigration status are not eligible for most federal benefits, such as non-emergency Medicaid, the Supplemental Nutrition Assistance Program (SNAP), Supplemental Security Income (SSI), Temporary Assistance to Needy Families (TANF), and most housing assistance programs. However, they do remain eligible to receive some benefits including emergency medicaid, immunizations, and benefits under the National School Lunch Program and School Breakfast Program. Those with some form of lawful immigration status may be eligible for other benefits, depending on the specific circumstances.

A “nonresident alien” is broadly defined by the IRS as a noncitizen, with the following exceptions:
1) Those who possessed lawful permanent residency (green card) at any time during the calendar year; and
2) Those able to establish a “substantial presence” in the U.S. (determined by a calculation found here). Thus, those present on nonimmigrant visas are most likely to qualify as tax residents under this provision. (Though those present on student visas are exempt from this requirement altogether.)

Unauthorized immigrants who have a SSN would generally receive the recovery rebate, assuming they met the other eligibility requirements.

Married couples filing jointly in which one spouse has an SSN and the other has an ITIN, are not eligible for the recovery rebate (unless one spouse is a member of the Armed Forces).

U.S. citizen children do not receive the recovery rebate if their parent(s) lack SSNs.

What about the Small Business Paycheck Protection Program (PPP) loans?

The Coronavirus Aid, Relief, and Economic Security Act (CARES Act) does not contain immigration-based limitations, and allows that a foreign-owned entity can be eligible for U.S. Small Business Administration (SBA) assistance (including a PPP loan) if it is (1) organized for profit; (2) has a place of business in the United States; and (3) contributes to the U.S. economy by paying taxes or using American products, materials, or labor. This is line with prior guidance under the SBA could provide financial assistance to businesses that are at least 51% owned and controlled by persons who are not citizens of the United States, provided they are “lawfully in the United States and have an appropriate work visa.”

However, the CARES Act does prohibit the use of loans for “any compensation of an employee whose principal place of residence is outside of the United States.”

What about unemployment insurance?
Federal law sets broad guidelines for the eligibility of noncitizens to receive unemployment compensation, which are interpreted by the states that administer the program. These typically require that the recipient be unemployed through no fault of her own and to have met the state’s work and earned wage requirements during a “base period” (in addition to any other requirements the state provides). As discussed above, federally funded benefits are typically restricted to “qualified aliens.” However, states may set eligibility criteria more broadly, focusing on the applicant’s ability to demonstrate having had the ability to work during the base period.

Those who fall in the first category (such as holders of H-1B or L-1 visas) and who have lost their job may not qualify as “able and available to work,” depending on the law of the relevant state. Such workers may accept an offer from a new employer, though the employer must first file a new petition before the employee is eligible to begin––and therefore the employee is not, in the interim, “able to work.”

Workers in the O-1 classification are often categorized as independent contractors, in which case deductions have not been withheld from their pay, and their employers have similarly not contributed to a state unemployment insurance fund, rendering the beneficiary ineligible for this benefit.

However, dependent spouses and children of H-1B and L-1 visa holders (those in the H-4 or L-2 visa classifications), are eligible for an EAD and may thus demonstrate ability to work during the base period. The numerous categories of noncitizens eligible for a work permit can be found in the instructions for an application for employment authorization.

What about other federal benefits?

The Families First Coronavirus Response Act (FFCRA), which provides temporary leave benefits for eligible employees, does not explicitly exclude immigrants who are out of status.

Further, the FFCRA created a tax credit for self-employed workers, to cover the cost of qualifying paid sick and family leave during the pandemic. Unlike the recovery rebate, there are no ID requirements or immigration restrictions.

However, Emergency financial aid grants from the Higher Education Emergency Relief Fund (established in the CARES Act) are not available for those out of status.

What about benefits administered by New York City?

Will receipt of the rebate subject a noncitizen to the public charge rule?

No, because the rebates are structured as advance tax credits disbursed by the Treasury Department.

The public charge ground of inadmissibility prohibits the acceptance of unauthorized “public benefits.” The Code of Federal Regulations defines public benefits as means-tested programs like Medicaid and cash assistance for income maintenance––which specifically does not include tax credits. This understanding is reflected in the USCIS Policy Manual (utilized by the U.S. Department of Homeland Security, which screens applications from within the U.S.) and the Foreign Affairs Manual (utilized by the U.S. Department of State, which does the same for those seeking admission into the U.S.). As such, acceptance of the rebate should not trigger inadmissibility under the public charge rule.

Will receipt of unemployment insurance subject a noncitizen to the public charge rule?

No. DHS has stated in its final rule on public charge inadmissibility that it “would not consider federal and state retirement, Social Security retirement benefits, Social Security Disability, post secondary education, and unemployment benefits as public benefits under the public charge inadmissibility determination as these are considered to be earned benefits through the person’s employment and specific tax deductions.” This finding can also be found in the same section of the Policy Manual described above.

Will receipt of testing or treatment for Covid-19 subject a noncitizen to the public charge rule?

No. Neither “testing, treatment, nor preventative care (including vaccines, if a vaccine becomes available) related to COVID-19” will apply to a public benefit / public-charge determination in any context.