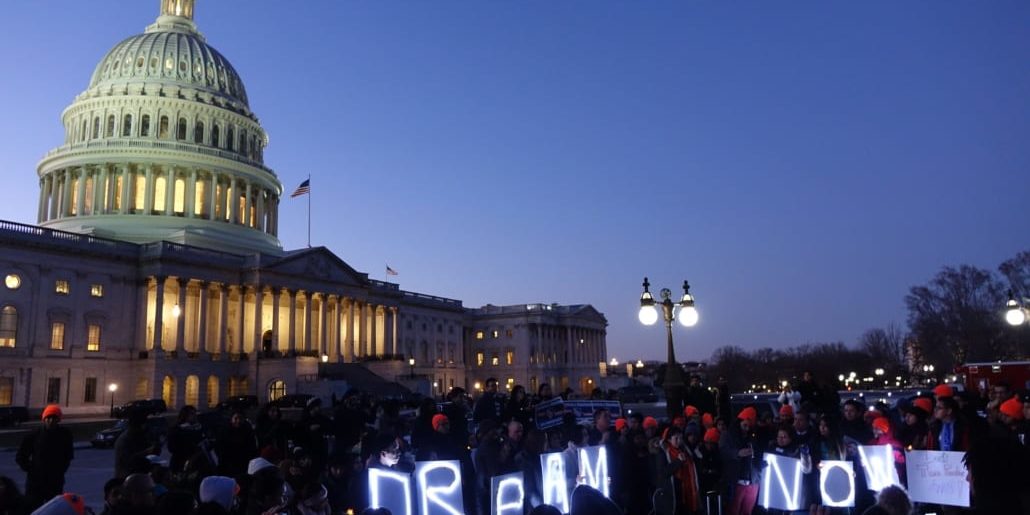 In a 5-4 decision in The Department of Homeland Security v. Regents of the University of California, the U.S. Supreme Court ruled that the government’s decision to rescind DACA was arbitrary and capricious, and therefore violated the Administrative Procedures Act (APA)––meaning that DACA will remain in effect for the foreseeable future. However, the Court also affirmed that the government can rescind (terminate) the program if it follows the APA’s guidelines. While that may not be feasible before the Presidential election, if re-elected, the Court may have provided a roadmap for the President to properly end the program shortly thereafter. Below, we will follow up on our preview of the decision by breaking down this 74-page decision and explaining its implications for both DACA and future cases involving the President’s ability to affect immigration through agency actions.

The government failed to address DACA’s most important aspects when it took action.

The government impermissibly changed its rationale after it acted.

The Court evaluated the merits of the case by first looking at the government’s justification for rescinding DACA. In our preview, we discussed the issue of “post hoc rationalizations,” and why the Court is reluctant to consider an agency’s “after the fact” justification of an action. When an agency makes a new decision, the APA requires that the public be allowed to fully participate and comment before the action is taken in order to hold the agency accountable for its action. When an agency provides new reasons for its action after the action has been taken, the public is not able to effectively participate. The Court thus found that the government must have either: 1) offered a full explanation of the reasoning that it provided at the time of its action; or 2) issued a new action supported by any new “post hoc” reasons.

As we recapped, “In a memo from Acting Secretary Duke, the DHS was instructed to stop accepting applications. The DHS justified its action by stating that ‘taking into consideration the Supreme Court’s and the Fifth Circuit’s ruling, and the September 4, 2017 letter from the Attorney General, it is clear that the June 15, 2012 DACA program should be terminated.’ Essentially, the Trump Administration was basing its decision to rescind the policy upon a determination that the program was unlawful to begin with.” Following the rescission, several lawsuits were filed to halt its implementation (later consolidated into the present case); in one case, the District Court allowed DHS to provide a fuller explanation, which it did via a memo from then-Secretary Kirstjen M. Nielsen.

Here, however, while the Duke memo rested on DACA being unlawful, the Nielsen memo offered three separate and independently sufficient reasons for the rescission: two of which were not mentioned in the Duke memo. The Court thus found that the Nielson memo should not be considered because it was a “post hoc rationalization” created nine months after the rescission and that, since the government did not issue a new action following the Nielsen memo, the Court must strictly focus its analysis on whether the Duke memo constituted a sufficiently well-reasoned explanation.

The government’s explanation was incomplete because it did not address DACA’s protections.

The Court stated that the Duke memo failed to consider a key policy that is at the “heart of DACA”: protection by deferring removal from the U.S. (forbearance). Rather, the government justified its decision solely on the determination that the program was unlawful because it conferred benefits (social security, Medicaid, and work authorization) to undocumented immigrants on a “class-wide basis,” pointing to the Fifth Circuit Court of Appeal’s decision in Texas v. United States, 809 F. 3d 134 (5th Cir 2015) (Texas II) which struck down an expansion of DACA as well as a related program (DAPA) (discussed further in our preview).

The Supreme Court, however, found that there is more to DACA than eligibility for benefits, which was the focus of the Fifth Circuit’s ruling––not the Secretary’s ability to defer removal (its forbearance authority). The Court surmised that it may be well within the Secretary’s power to stop granting benefits while continuing to defer the removal of DACA recipients. Therefore, if Secretary Duke had wanted to terminate the entire program (benefits eligibility and forbearance), she was required to have provided an explanation that considered both aspects.

The government also failed to consider the extent to which DACA’s recipients rely on it.

The Court also concluded that the Duke memo contained no reasonable consideration of the “reliance interest” created by DACA. As stated by California, thousands of DACA recipients have become an integral part of our society: enrolled in schools, established careers, built homes, and created families. The Court suggested that the government could have considered this interest by issuing more accommodating termination dates or by arguing that policy concerns outweigh any reliance interest. While the government was not required to consider all alternatives in reaching its decision, the Court noted that the government was “not writing on a blank slate” and was required to assess whether such interest existed and, if so, to balance it against the relevant policy concerns.

Whether DACA is legal is a question for the Attorney General.

The Court declined to rule on whether DACA is an unlawful program, stating that, under 8 U.S.C. § 1103(a)(1), “all questions of law” determinations made by the Attorney General are controlling and that “whether DACA is illegal is, of course, a legal determination, and therefore a question for the Attorney General. But deciding how best to address a finding of illegality moving forward can involve important policy choices, especially when the finding concerns a program with the breadth of DACA. Those policy choices are for DHS.”

Furthermore, the Court concluded that California had not addressed whether Secretary Duke was required to explain a legal conclusion made by the Attorney General, nor had California discussed whether its suit was the appropriate vehicle to challenge the Attorney General’s legal conclusion; the Court therefore left the determination of DACA’s legality to the government.

The rescission did not violate the Constitution by discriminating against Latinos.

California argued that the decision to rescind DACA violated the equal protection clause of the U.S. Constitution’s Fifth Amendment in that it was motivated by animus by: disproportionately affecting a certain ethnic group (Latinos from Mexico, who represent 78% of DACA recipients); the unusual history behind the rescission; and the related racially charged statements made by the President. Justice stated that she would have allowed for those claims to be developed on remand, noted that the majority “brushes aside” the President’s statement comparing “undocumented immigrants to ‘animals’ responsible for ‘the drugs, the gangs, the cartels, the crisis of smuggling and trafficking.’” However the other eight Justices rejected this claim and held that the decision to terminate DACA was not motivated by an intent to discriminate and that California had failed to establish a plausible equal protection claim.

Can the President terminate DACA before the 2020 election?

Probably not. In our preview, we looked at the Department of Commerce Et. Al. v. New York in which the Court concluded that, while it was proper for the government to include the citizenship question on the census, its decision for doing so was pretextual. The case was remanded to the agency for reconsideration, which bears a resemblance to his case, in which the majority states “the appropriate recourse is therefore to remand to the DHS so that it may consider the problem anew.” In New York, the administration was forced to distribute the Census without the citizenship question given that it did not have sufficient time to properly revise it under the APA. Here, the government may likewise not have enough time before the election to issue properly rescind DACA in the manner described above. However, as with the Census, it could initiate such an action now, to be concluded if re-elected.

What does this mean for the President’s authority to regulate immigration?

As in New York, the Court made it clear that the government is not limited by its authority, but by its process. To what extent is an administration bound by agency actions inherited from its predecessor? The majority suggests that government may add a citizenship inquiry to the Census and it may unwind DACA, but only by providing sufficient policy justifications at the time of action to hold it properly accountable under the APA.